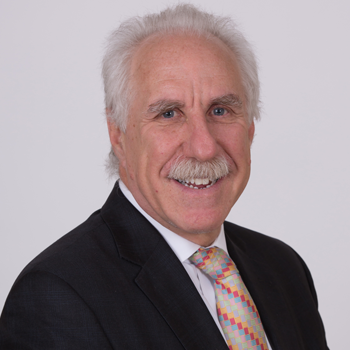 DR. PAUL ROTHMAN is the Dean of the Medical Faculty for the Johns Hopkins University School of Medicine and Chief Executive Officer of Johns Hopkins Medicine, a $8 billion academic medical enterprise and a health system with a global reach. As Dean/CEO, Dr. Rothman oversees both the Johns Hopkins Health System and the School of Medicine. A rheumatologist and molecular immunologist, he came to Hopkins in July 2012 after having served as Dean of the Carver College of Medicine at the University of Iowa and leader of its clinical practice plan since 2008. Previously, he served as Head of Internal Medicine at the University of Iowa, beginning in 2004, and prior to that as Vice Chairman for Research and Founding Director of the Division of Pulmonary, Allergy and Critical Care Medicine at Columbia University College of Physicians and Surgeons, where he joined the faculty in 1990.

A 1980 Phi Beta Kappa graduate of the Massachusetts Institute of Technology, Rothman received his Medical degree from Yale University in 1984, earning a place in the Alpha Omega Alpha Honor Medical Society. He then trained at Columbia-Presbyterian Medical Center in internal medicine and rheumatology and accepted a postdoctoral fellowship at Columbia University prior to joining its medical school faculty.

Rothman's research focused on immune system molecules known as cytokines. Specifically, he investigated the role these molecules play in the normal development of blood cells, as well as the abnormal development of these blood cell that leads to leukemia. He also studied the role of cytokines in immune system responses to asthma and allergies. His work was consistently funded by the National Institutes of Health.
His honors include a James S. McDonnell Foundation Career Development Award, a Pfizer Scholars Award, a Pew Scholar Award, a Leukemia Society of America Scholar Award and the Pharmacia Allergy Research Foundation International Award in 1997. Dr. Rothman is a member of the National Academy of Medicine, the American Academy of Arts and Sciences, and the American Society for Clinical Investigation. He served as President of the Association of American Physicians and was elected as a Fellow of the American Association for the Advancement of Sciences. Dr. Rothman serves on the Board of Merck and Co.

JOHNS HOPKINS MEDICINE, Headquartered in Baltimore, Maryland, JHM is one of the leading academic health care systems in the world. JHM unites physicians and scientists of the Johns Hopkins University School of Medicine with the organizations, health professionals and facilities of The Johns Hopkins Hospital and Health System. JHM's vision, "Together, we will deliver the promise of medicine," is supported by its mission to improve the health of the community and the world by setting the standard of excellence in medical education, research and clinical care. Diverse and inclusive, JHM educates medical students, scientists, health care professionals and the public; conducts biomedical research; and provides patient-centered medicine to prevent, diagnose and treat human illness. JHM operates six academic and community hospitals, four suburban health care and surgery centers, and more than 35 Johns Hopkins Community Physicians sites. The Johns Hopkins Hospital, opened in 1889, was ranked number one in the nation for 21 years in a row by U.S. News & World Report.