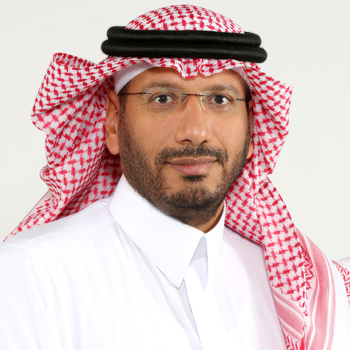 Appointed in October 2017, Dr. Majid Ibrahim Al Fayyadh is Chief Executive Officer of King Faisal Specialist Hospital and Research Centre (KFSH&RC) in Riyadh, Saudi Arabia, a leading tertiary healthcare facility in the region. In this role, he is responsible for all facets of the General Organization ranging from medical and clinical to nursing, research to academia. This follows his previous appointment as Deputy Executive Director, Medical and Clinical Affairs at KFSH&RC, where he was responsible for a large portfolio of medical departments’ operations, pharmacy, patient services, and system applications. His focus centered on patient experience, staff development and the work environment, productivity and improving operational efficiency. Dr. Al Fayyadh also served as Deputy Director, Heart Centre and Project Executive for the Cardiology Information System at KFSH&RC and recently worked with the Director of the Vision Realization Office at the Ministry of Health.
After graduating with a Bachelor’s Degree in Medicine and Surgery from the King Saud University, Riyadh, Saudi Arabia, Dr. Al Fayyadh obtained his Residency in Pediatrics from the Floating Hospital for Children at Tufts Medical Center, followed by fellowships in Pediatric Cardiology from Columbia-Presbyterian Medical Center, New York and in Pediatric Cardiac Electrophysiology from the Texas Children’s Hospital. He received specialty certification from the American Board of Pediatrics and the American Sub-Board of Pediatric Cardiology in 1996 and 2000, respectively.
An advocate for continuing education, Dr. Al Fayyadh maintains his currency by attending professional development courses. In 2015, he successfully achieved his Master’s Degree in Medical Management from the University of Southern California, USA.
Early in his career and in parallel with his clinical practice and academic contributions, Dr. Al Fayyadh developed a passion for research and continues to be an active researcher. His work has been awarded multiple grants including the Dubai Harvard Foundation for Medical Research Grant for an international multi-center project for the Discovery of Genetic Causes for Human Congenital Malformations. The King Abdulaziz City for Science and Technology also awarded grants totaling 4 million Saudi Riyals to Dr. Al Fayyadh as Principal Investigator for the following two projects: Genetics of Mendelian Cardiovascular Disorders in Saudi Arabia, and Electrocardiogram Screening for School Children: A Cross-Sectional, Population-Based Study.
Dr. Al Fayyadh has continued his research and academic activities throughout his professional career and has published articles and abstracts in multiple peer-reviewed medical journals, both national and international. In addition, he has served in editorial board member and reviewer roles and is a member of a variety of professional societies. A talented presenter, he has been constantly invited as speaker and participated at numerous national, regional and international symposia.
Throughout his career, Dr. Al Fayyadh has held increasingly senior positions where his clinical and administrative expertise and experience have contributed to improving the level of healthcare delivery. He is a member of various government committees and boards and is committed to the success of Saudi Arabia’s national transformation program which is a component of the government’s Vision 2030.