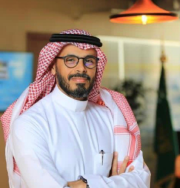 Hussam F. AlFaleh is the Chief Executive Officer of the Program for Health Assurance and Purchasing (PHAP). PHAP is one of the key Ministry of Health transformation programs and will become the new payer for healthcare services in MoH and will serve as the Center for National Health Insurance.

He is a senior clinician with a strong academic background, and a deep understanding of the inner workings of healthcare services and its management and is passionate about transforming healthcare services in Saudi Arabia towards delivering value to all beneficiaries and their families.

Hussam graduated from the college of medicine in King Saud University in Riyadh, Saudi Arabia, and completed his Internal Medicine & adult Cardiology residency training at the

Walter C. Mackenzie Health Sciences Centre, University of Alberta in Edmonton, Alberta, becoming a fellow of the Royal college of physicians and surgeons of Canada. He then went on to complete his fellowship training in cardiac imaging (Echocardiography) at the Ottawa heart institute, Ottawa University, Ottawa, Ontario, and in interventional Cardiology at QE-II hospital in Dalhousie University, Halifax, Nova scotia.

Upon completing his residency and fellowship training, he was appointed as an assistant professor in Cardiac Sciences and a consultant cardiologist and has since been active in clinical research in various areas such as Acute Coronary Syndrome (ACS) and heart failure with a focus on healthcare delivery and clinical outcome research. He has published over 50 research articles in peer reviewed journals and was granted full professorship status in 2016. Apart from his long academic career, Hussam has assumed various administrative roles such director of the Cardiac Cath lab in King Saud university medical city, director of the Adult Cardiology fellowship training program in King Saud University, and director of the Adult Cardiology unit in King Saud university medical city.

He has contributed significantly to growing and expanding the role of the Saudi Heart association, the national cardiac scientific and professional society, in different capacities as both board of directors member, and eventually as president of the Society. He is passionate about the delivery of value in healthcare services, and has thus participated in various national initiative aimed at measuring outcomes that matter to patients suffering from coronary artery disease, and has led the scientific committee of the national coronary artery disease registry at the Saudi Health council aimed at collecting the coronary artery disease minimum dataset published and endorsed by the International consortium for health outcome measures (ICHOM). He has also led the development of the ACS center of Excellence standards in CBAHI.

He joined PHAP in 2017 as chief medical officer before his recent appointment as CEO. During his tenure as CMO, he has led the design of a new health benefit package, as well as leading the work on developing a population health management strategy.

Hussam has earned an international health MBA at Frankfurt school of Finance and management in 2017.